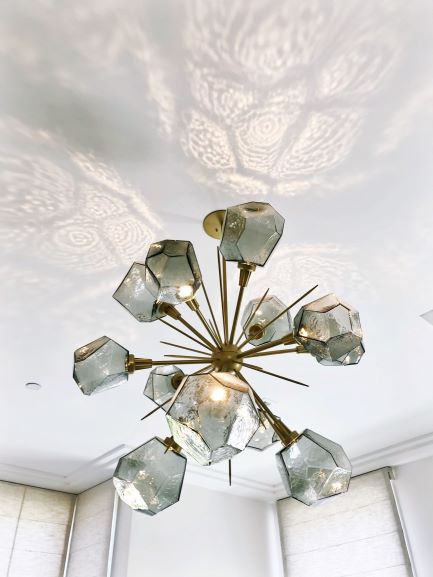 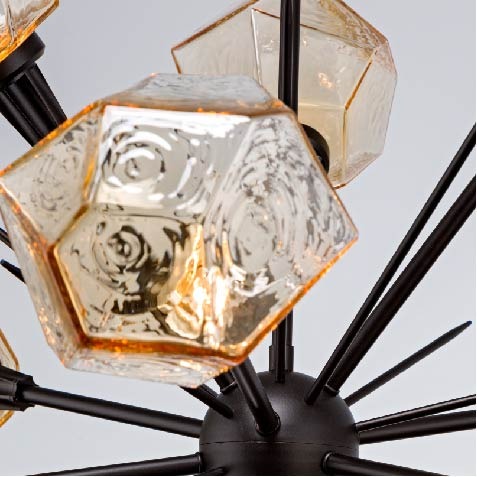 Jewelry for the home: Sparkling LED-lit “gems” of hand blown glass, stun on this 38″ Gem starburst chandelier, each meticulously crafted by Hammerton artisans. This top-selling collection captures the design industry’s fascination with faceted shapes in a captivating chandelier design. This Gem starburst chandelier design adds a touch of glamorous sparked to a wide variety of spaces and architectural styles. See how versatile this collection is here.

Behind the design:SPUTNIK chandelier: THE COMEBACK

BEHIND THE DESIGN: TRENDSETTING GEMS POP WITH COLOR!